This post is a continuation of an ongoing series on Jim Starlin’s Dreadstar, an underrated creator-owned comic from the early 1980s. You can start by reading the post linked below or click here to see other posts in the series.

Vanth goes to Caldor to access a “minimally defended small traffic monitoring station.” He’s after some secret data about catorlite, a mysterious substance valuable to the Instrumentality Church. He easily overpowers the guards and jacks—Neuromancer-like—into a telepathic computer network. It gets a bit cyberpunk over the following few pages as Vanth surfs the net searching for the info. Then, he gets attacked—telepathically from across the universe—by Dr. Anton A. Lanstrom Mezlo (what a name!), who ambushes him while Vanth scours the net for information.

While the start of the info-retrieval sequence visually owes something to cyberpunk, Mezlo’s psychic attack shifts into Ditkoesque mystical/psychic realms, complete with portals, suspended pathways, Ditko-tendril (a Ditko analog to Kirby dots?), and psychedelic colors. Starlin has long internalized Ditko’s visual conventions as the proper way to depict magical realms and psychic combat.

But it is, the cyberpunk-flavored telepathic computer interface is the most exciting innovation here. Over several panels, Vanth is suspended in cyberspace, which is depicted as printed out dense lines of programming code. It’s a rare instance of collage in comics. Kirby and Steranko innovated the collage technique in comics by creating surreal cosmic modernist images out of magazine clippings. Starlin’s cyber-collage has a different flavor. I don’t know for sure, but it appears to be xeroxes of printed (on a dot-matrix-printer?) computer code collaged with original art. If anything, this speaks to the increasing availability of printers and copy machines in the early 80s. This technology will be used increasingly in comics in the coming years.

It is also an early foreshadowing of cyberpunk visual typographical chaos. Think of the animated strings of code present in the opening titles of Ghost in the Shell or the Matrix films. This issue (Nov 1983) predates even the publication of William Gibson’s Neuromancer (July 1984, though some of his short stories have already appeared). I can’t think of an earlier version of Starlin’s cyber-typographic innovation. The only parallel that comes to mind is Ken Bruzenak’s fully-integrated typography in Howard Chaykin’s American Flagg! Though Chaykin’s comics have a very different and unique design. Please comment below if you can think of other similar instances.

A psychic battle ensues, and as Vanth appears to have lost, he is saved last minute by Willow, who cuts the connection, rendering Mezlo unresponsive, “completely catatonic.” They didn’t get the information they wanted, but now they know where to go next: planet Glaxen. Vanth wanted to check on something else on Calador, a grave… and the grave turns out to be empty. An ominous sign.

Meanwhile, the Monarch’s Vizir Z, last seen in #4, shows up at the end to cause some chaos. The fully armored and masked mysterious figure is always a good bet to be hiding some kind of revelation, usually related to the history of one of the characters.

Vanth Dreadstar tells his crew who he is: a million-year-old being from another galaxy—one of only two survivors of the complete annihilation of the Milky Way. We get the whole story: Milky Way was dominated by two alien civilizations at war. The first, the Orsirosians, were great scientists and magicians who built their civilization on truth and fairness. The other society, the Zygoteans, were just as skilled in magic and science, but they went wrong somehow and found meaning only in warfare and conflict.

As the Zogoteans wreaked havoc on the Milky Way, the Orsirsians had no choice but to enter the conflict. The war in the Empirical galaxy lasted 200 years, but the war in the Milky Way lasted for hundreds of thousands of years. The Orsirisans, led by Lord Aknaton, began work on a doomsday device, the Infinity Horn (a precursor of Starlin’s Infinity Gauntlet?). Death was preferable to Zygotean conquest. As the war continued, Aknaton looked for the correct beings to activate the Infinity Horn. He planted seeds on many planets to find the right individuals. Vanth Dreadstar was one of these individuals.

The mystical sword eventually wielded by Vanth was planted on his planet by Aknaton years before Vanth was even born. Vanth’s finding and mastering the powers of the blade primed him to join Aknaton’s crusade. As the Zygoteans final assault on the Orsirisians approached, Aknaton and Dreadstar held them off as long as possible before activating the Infinity Horn. They succeeded, and annihilated the Milky Way. Only Aknaton and Vanth survive in a mystical bubble.

They entered suspended animation, and the bubble traveled the spaceways for a million years until it crashed-landed on planet Caldor in the Empirical galaxy. Vanth, crazed from grief and insane from survivor guilt, kills Aknaton and becomes the sole survivor of the Milky Way.

BUT, Aknatons’s grave is empty! Vanth suspects that he’s Monarchy’s Vizir Z. Aknaton had lost his arm in the last phase of the Milky Way conflict, and Z is also missing one. Z is also powerful, able to mystically shield himself from Willow’s powerful telepathy. Vanth, Skeevo, and Oedi travel to Jewel World, the capital of the Monarchy, to see if they can find any more information on Z to confirm Vanth’s suspicions. And they are RIGHT! In the process, Oedi gets almost killed, and they find out that Z has betrayed the Monarchy and opened the door to an Instrumentality invasion of Jewel World. Vanth sends his friends away and stays on Jewel to confront Z.

The Dreadstar mythology is absolutely bonkers. A million years separate the destruction of the Milky Way and current events in the comic. Add another several hundred thousand years for the galaxy-wide war, and time stretches immeasurably. This is deep time, cosmically deep! Characters like Vanth and Aknaton have lived for incredible amounts of time. All of our current human civilization would fit into only a tiny sliver of that history. Our very species is younger than the wars Dreadstar describes.

At the same time, there’s a weird flattening of time. Events from millions of years ago are present with us in glorious detail. The memories of these characters don’t seem to degrade. Their motivations and loyalties stay locked in. Revenge can build over a million years and be as fresh as at the conception. This is the logic of the comic book series or TV series. Each new episode “resets” the timeline. Even as events and history accrue, the characters remain essentially the same. Many of the comics of the 70s and 80s still had this ahistorical characteristic.

A new sensibility was creeping into comics around this time—a more novelistic quality, where meaningful events and a real sense of history emerge. To give Starlin a bit of credit, Dreadstar does a bit of both. He attempts to provide weight to the stories, but he’s confined by the demands of an ongoing series, where change, almost by definition, must be minimal. 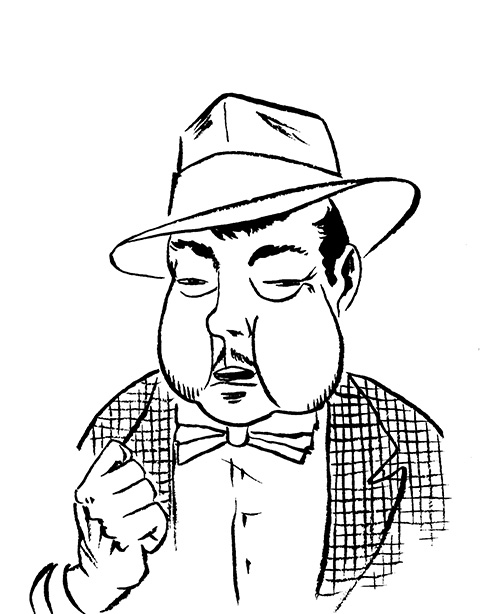 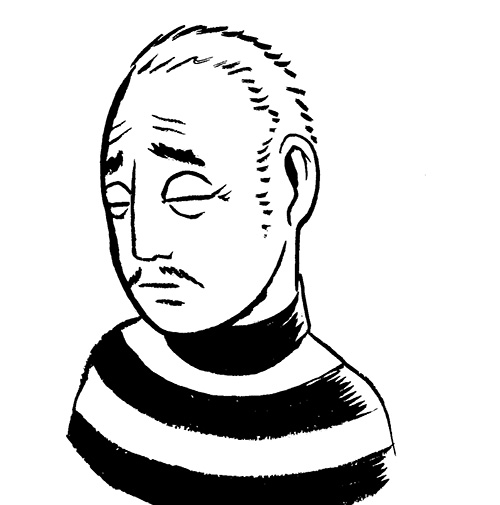 Gary Conrad from The Night People in This Magazine is Haunted #17.

Joe Sawyer from The Last Laugh in Strange Suspense Stories #32. 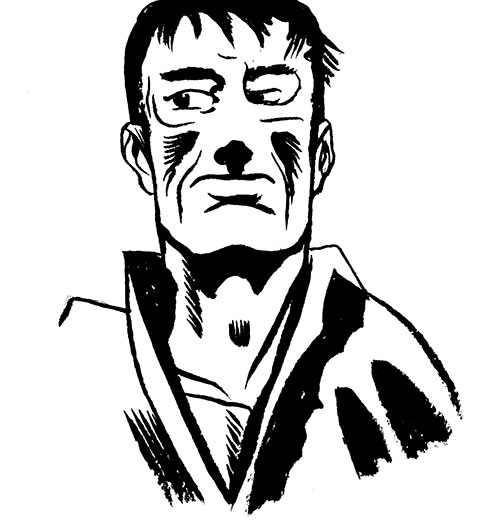 Drawn from Mysteries of Unknown Worlds #5 story called The Mirage.