Superbowl Sundays are pretty great if you’re into football. They maybe even better if you’re not… A lot of places that would normally be packed on Sunday become deserted when the game begins. For example, did you know skiing becomes a close to solitary affair once everyone trades slopes for couches? Consider that a hot tip for the next Superbowl Sunday.

It’s always a cause for celebration when a new cartoonists moves to your town. When Derek Van Gieson arrived in Minneapolis I was pretty excited. We were both MOME contributors and I really liked his work. Almost immediately we started to plan some kind of project Derek could do for Uncivilized Books. That project became Eel Mansions. Eel Mansions was the first time UB undertook a serialization of a larger story (well with the exception of serializing my own Trans-Stories… but that collection is not out… so I guess it doesn’t count… yet!) and nurtured it into a collected edition. I couldn’t be happier with the results. 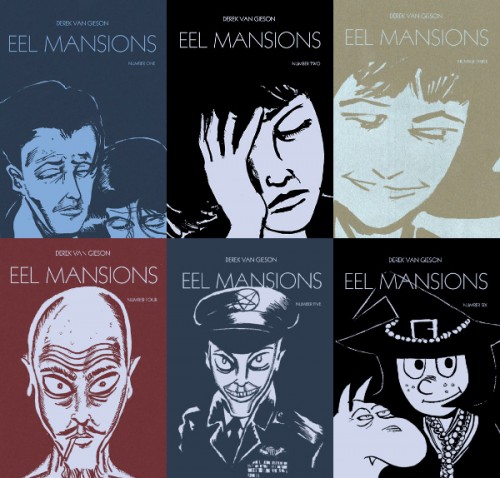 Derek’s narrative is loaded with pop culture references, from the Moomin-like Doomin, through the Sienkiewicz New Mutants, to Jack Kirby, Star Wars, Lizard Lords and beyond! I won’t even mention the music references (here’s a taste) because I don’t even know half of them. Part of the fun is excavating those references, influences and easter eggs. Almost from the start the series got small but fiercely loyal following dedicated to disentangling the pop cultural puzzle. Have you seen these epic reviews!? When came time to collect the series into a book… the cover became a serious design problem. I wanted the cover to express the multiplicity of characters and narratives inside… without overloading the cover. What followed was pile of cover ideas, some from me, some from Derek. Some were more abstract, some focused on single characters, some on many. We went back and forth many times… 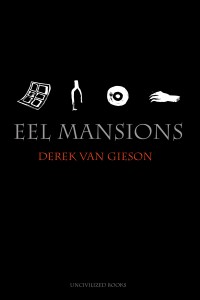 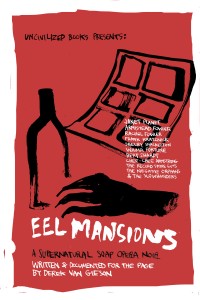 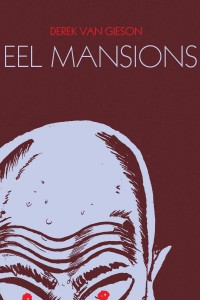 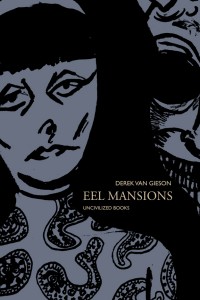 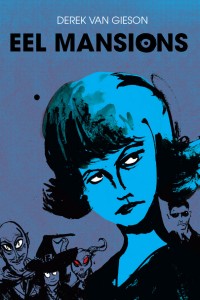 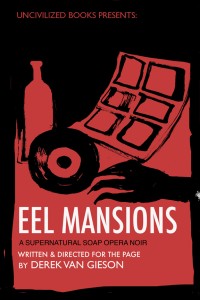 Frankly we were getting close to print time and neither of us I was 100% satisfied with any of the covers. Panic! 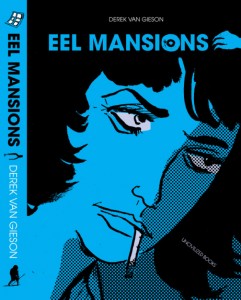 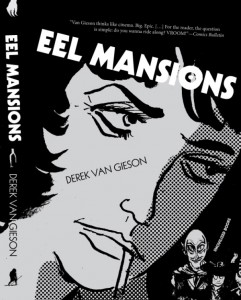 this was the final cover almost up until the very end: 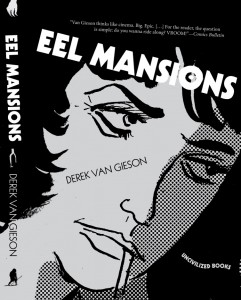 At the last possible minute Derek came up with what turned out to be the perfect cover . It was eye-catching, simple and classic. I guess necessity is the mother of invention. 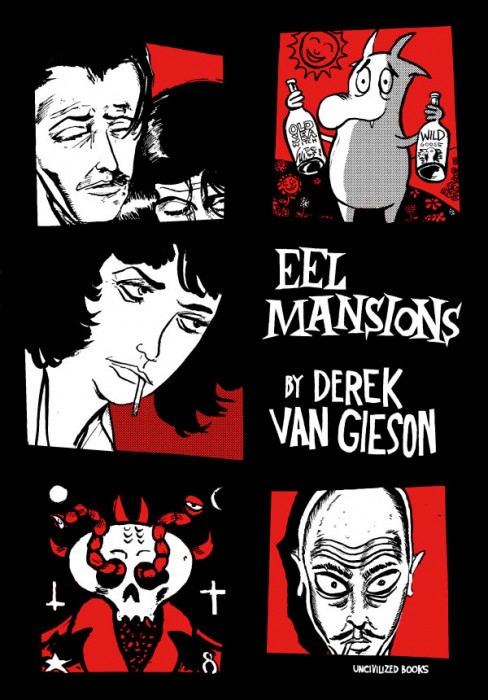 Anyway, the book is available now get it here or from your favorite book shop. 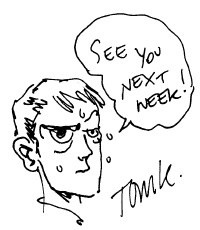 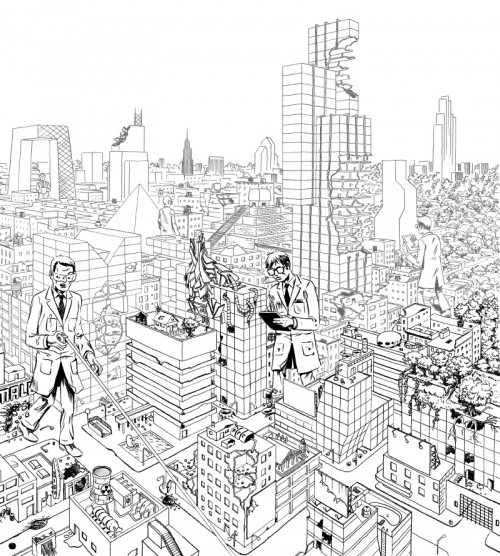 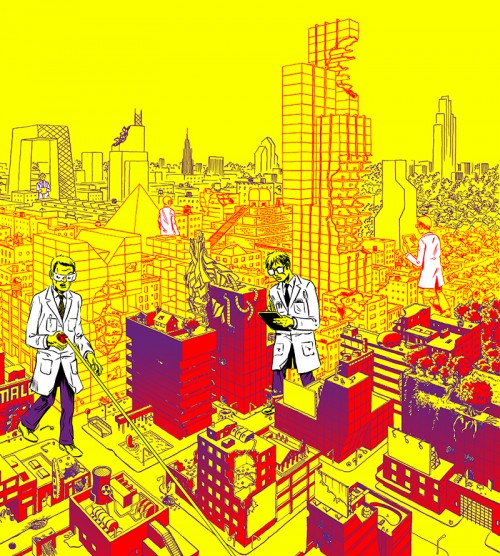 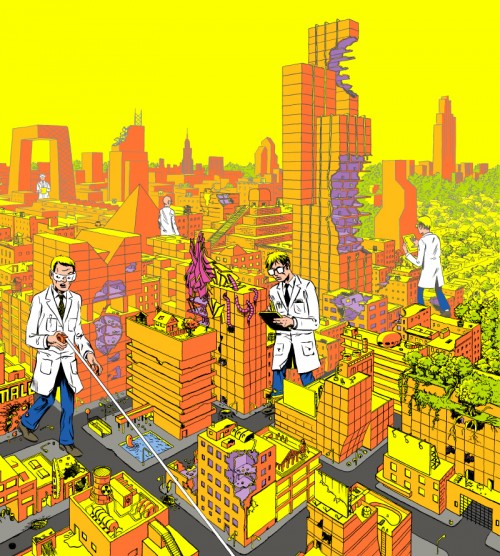 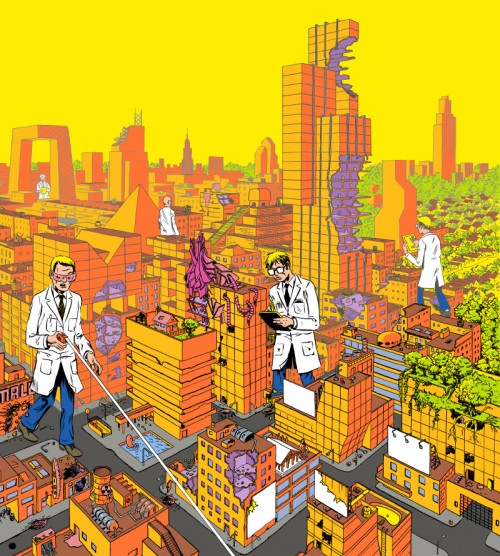 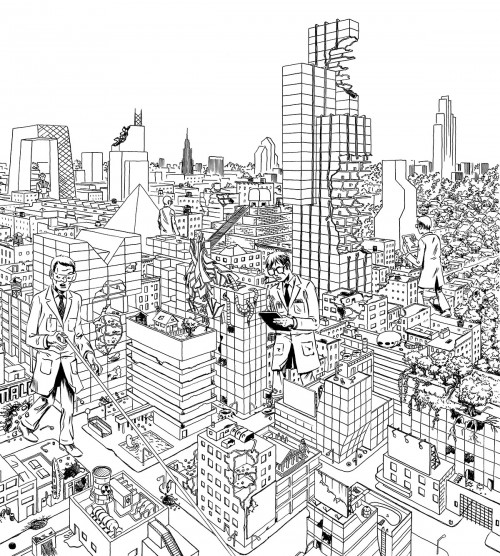 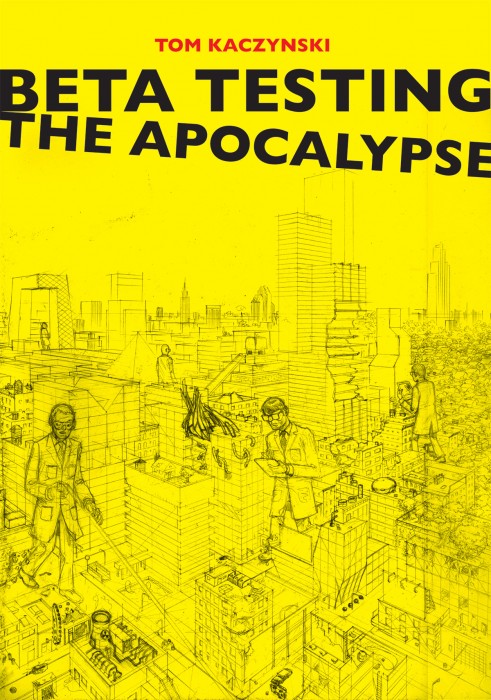 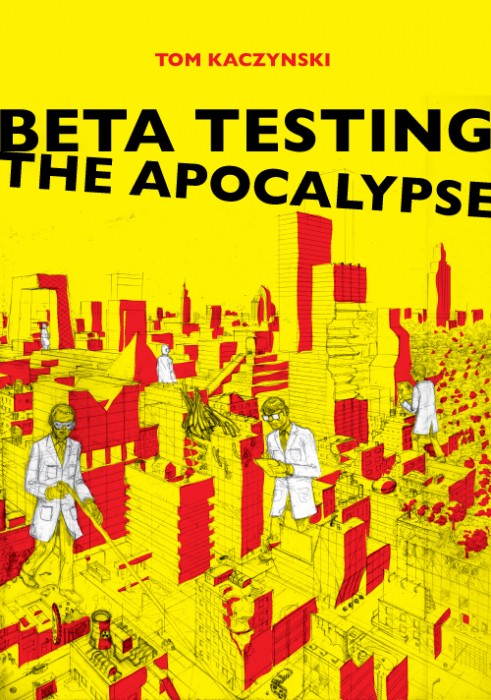 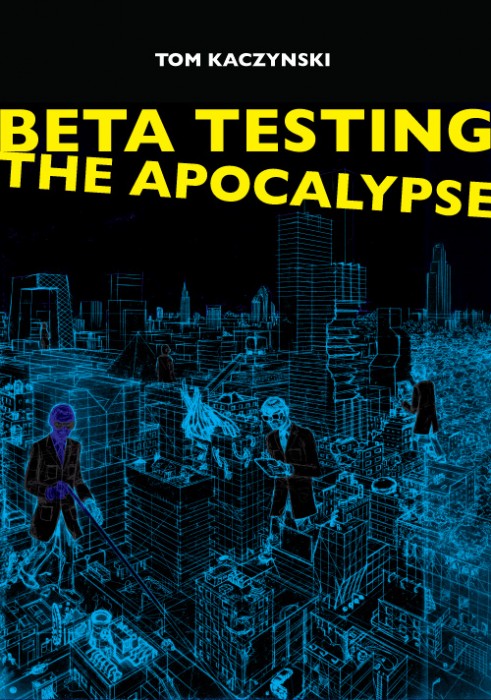 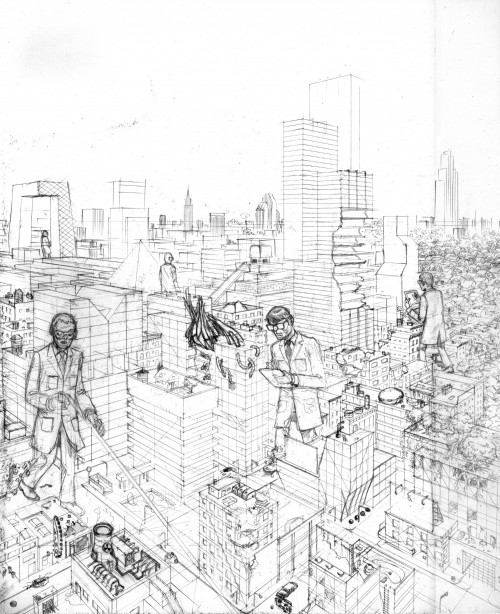 Over the next few posts, I’m going to show some process imagery of the Beta Testing the Apocalypse cover. Here are the original two ideas for the cover… idea 2 won the day in the end. 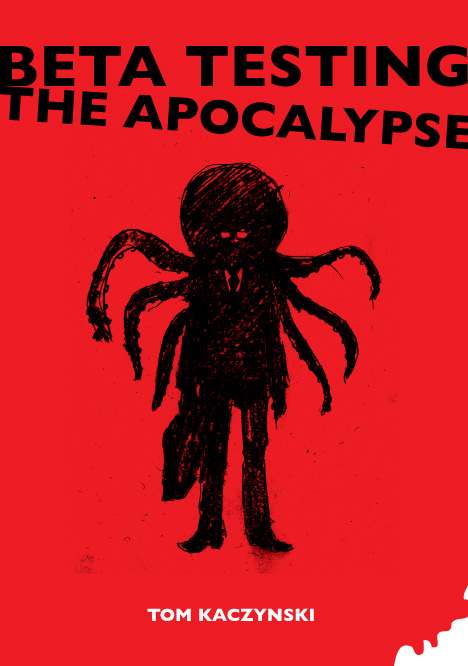 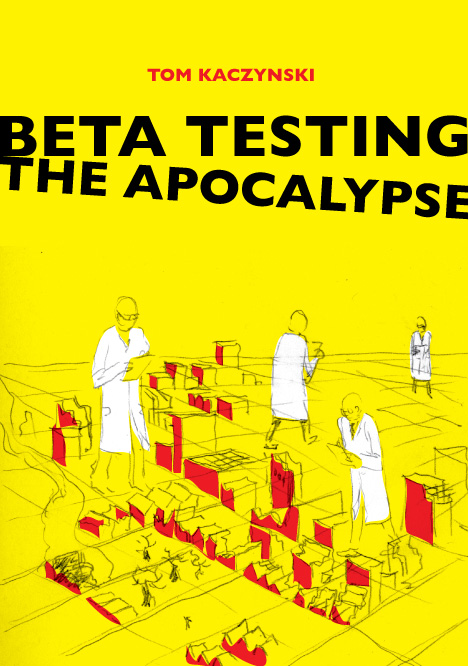 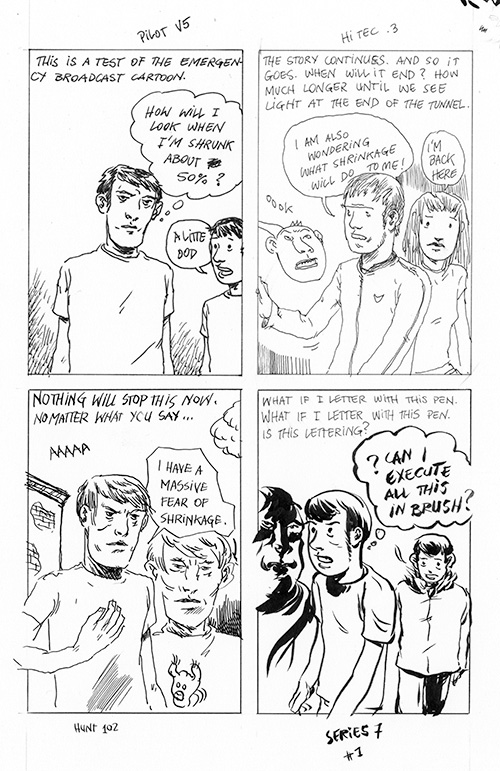 Found this while doing some cleaning. A trial comic done with different tools to see how well it’ll shrink. I think it’s from around the time I made Trans Atlantis.