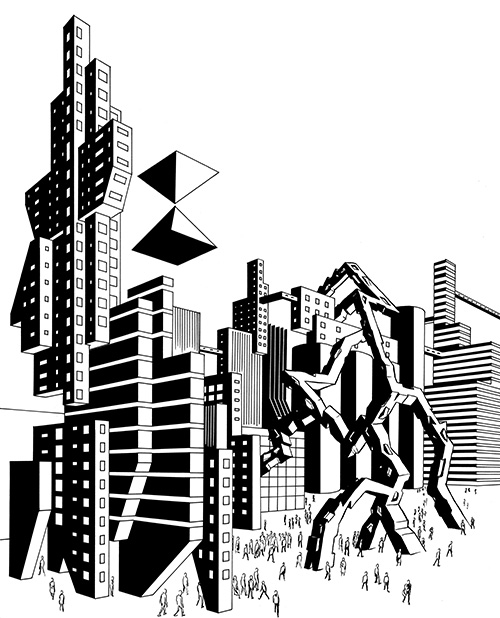 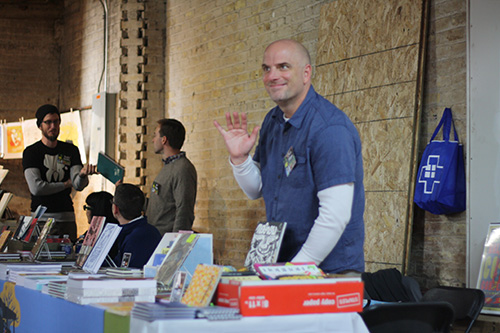 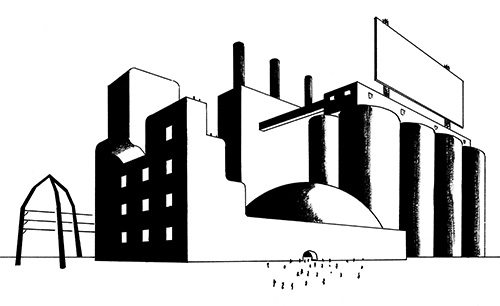 I’ll be at the Minneapolis Indie eXpo tomorrow (Saturday, August 21, 9-5). I’m camped out at table 50 with St. Paul artist Dan Wieken and a couple of out of town guests Jon Lewis and Karen Sneider. 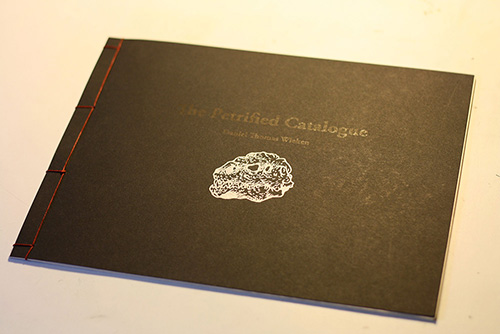 Uncivilized Books will debuting two new books during the show. First up is Dan Wieken’s The Petrified Catalogue (pictured above). Dan’s extremely detailed images of decayed and petrified remains of real and imaginary creatures has to be seen to be believed. Here are a few pictures that fail do justice to his drawings. This books needs to experienced in person: 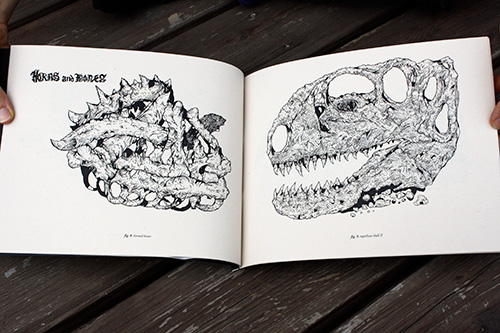 The other book debuting is Structures 1-11. It’s a book of drawings (by me) of imaginary structures. Regulars on this blog may be familiar with some of the imagery. Just check out the ‘structure’ tags on this blog: 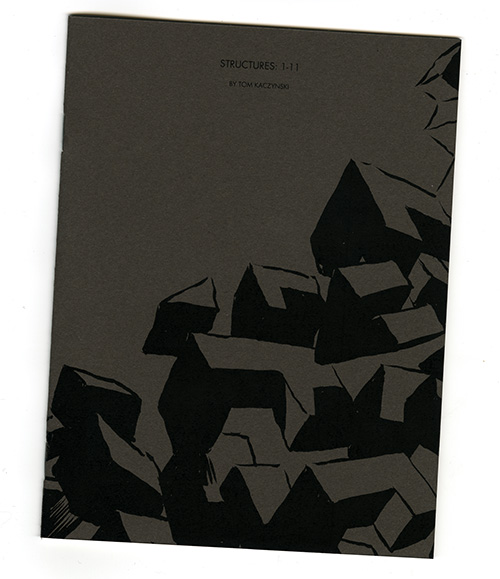 In other MIX related news, I will have a 4 page Ransom Strange story in The Good Minnesotan #4:

and on top of that I’m moderating a panel on comics education. See the program for details.
See you at the Soapfactory! 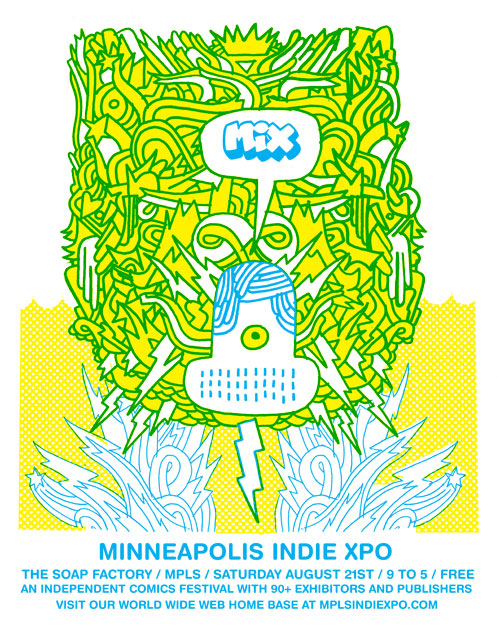 The 2010 Twin Cities Zinefest came together rather well. I’ve attended the festival since I moved back to the Twin Cities in 2007, and each year the show has gathered steam. This year the duration of Zinefest was scaled back from two days to one day. But, what the show lost in time, was made up it’s intensity. In previous years the two day show felt diffuse and under-attended. Shortening the time focused the show. It felt consistently busy and well attended. In previous years the two day format left a lot room for significant dead-time.

Another thing that struck me at the show was a kind of new vitality. Since the early 00’s the atmosphere at zinefests around the country felt depressed and melancholy. The rise of the internet sucked all the oxygen from the substantial zine ‘revolution’ of the 80’s & 90’s. Attending a zinefest sometimes felt like descending into a camp of nostalgic luddites (guilty as charged). But this year it seemed like there was a new spark. I didn’t detect too much pining for a lost golden age. Perhaps the internet is starting to lose it’s sheen of novelty? Maybe Prince is right…? The internet is starting to… simply be. It’s… something we’re becoming used to. Just because the internet IS, doesn’t mean that other things must cease to be. Also, I think our bodies are becoming tired of the computerized deprivation chamber. Is it a coincidence that the rapid rise of the Internet has been paralleled by the rise of New Urbanism with it’s corollaries of walking and biking? The rise of the virtual mirrored by the return of the repressed: the physical world. This… new physicality (?) seems to be the source of the zine resurgence. Whether this energy is a temporary localized phenomenon (a TAZ?), or whether this is something that can be sustained into the future I don’t know. Perhaps it was simply a good show.

The Zinefest day was capped off by a fun after-party at the Seward Cafe. The party started off with a panel headed by Andy Sturdevant (pictured above). I know a lot of good bands played, but I missed them all because I ended up talking too much in the garden behind the Cafe.

Favorite Zinefest object: Esoteric Bullshit: Cairns by King Mini (pictured below). It’a an 8 page, 3-color silkscreened booklet. The images of abandoned detritus will be familiar to fans of King Mini’s work, but I detected something new lurking in these drawings. As the booklet progresses the discarded objects become increasingly organized and ordered… into new structures… as if the trauma that created these assemblages was being overcome… the apocalypse followed by a renewal… an appropriate coda for the whole show. Update: This is now available via the Etsy shop. The Minneapolis Zine Fest happened a couple of weekends ago and it was pretty fun. The modest space of the SSCA was populated with zinesters, mini-comics artists, small press publishers and various denizens of the book arts. The walls were crammed full of historical zine artifacts. Most were generously loaned too the SSCA by the vast archives of the city of Mt. Holly. I took a few pictures. The Mayor of Mt. Holly didn’t want to stop speaking. The Crap~O~Mat represents the latest in zine dispensing technology. From the laboratories of Mt. Holly. Mt. Holly researchers have been able to achieve a high level of zine miniaturization. Will Dinski shows off his high pressure sales tactics.
And there’s more here. 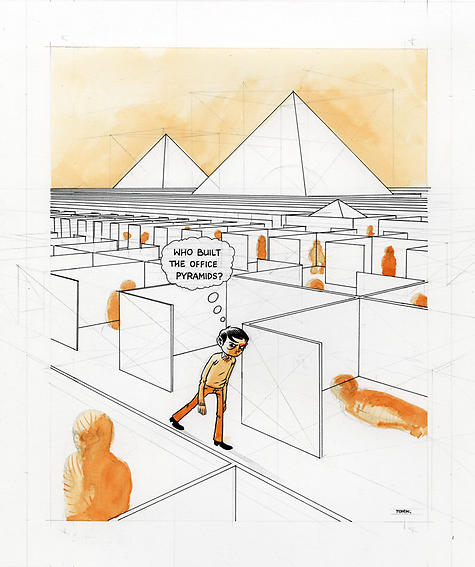 I was going to post this in time for the opening night of The Magic Show a group show at the Pony Club Gallery in Portland, OR. But I just realized that the opening was last night! Duh! I think I must have confused it with the opening night of the Off-Kilter Comics, which is IS tonight. I have a drawing (pictured above) at The Magik Show but not at the Off Kilter Comics show. Anyway, both shows feature a lot of great artists so if you’re in either Portland or Minneapolis, go see the one closest to you. 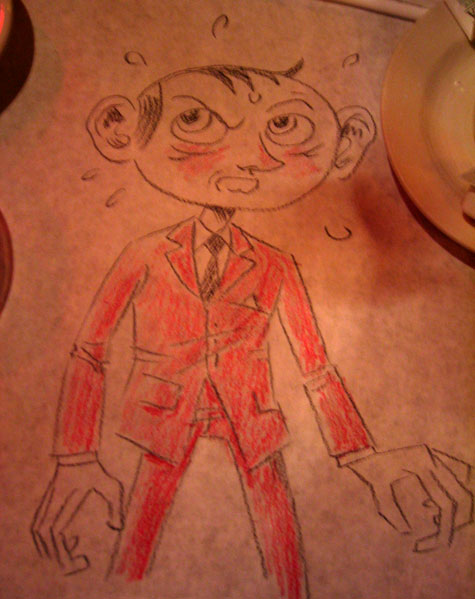 One of my favorite places in Minneapolis before I left for New York was Little Tijuana a little Tex-Mex place open until 3 am daily. The best part was always the paper table cloth and tons of crayons. A few months ago I decided to move back to Minneapolis. Now I can again experience the nearly forgotten pleasure of drunken crayon scribbling in the early hours of the morning. I know there are plenty other places out there that let diners doodle before a meal. For me, Little Tijuana is still the best.