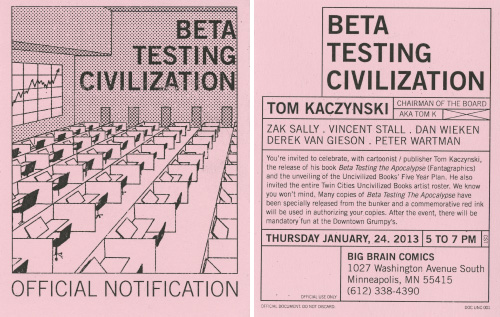 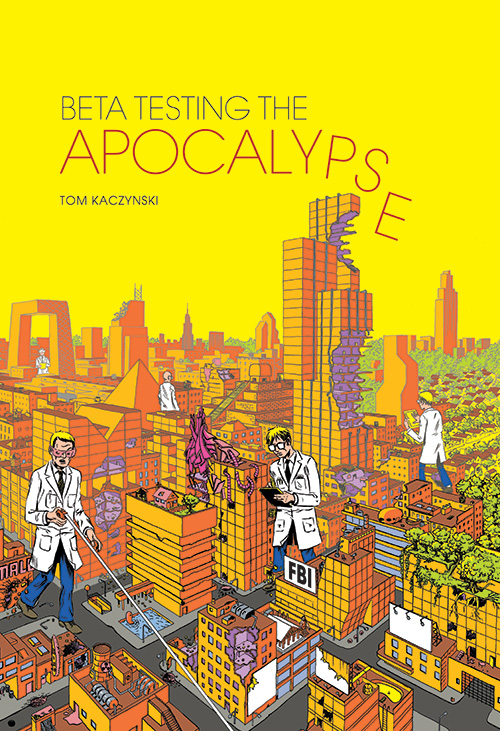 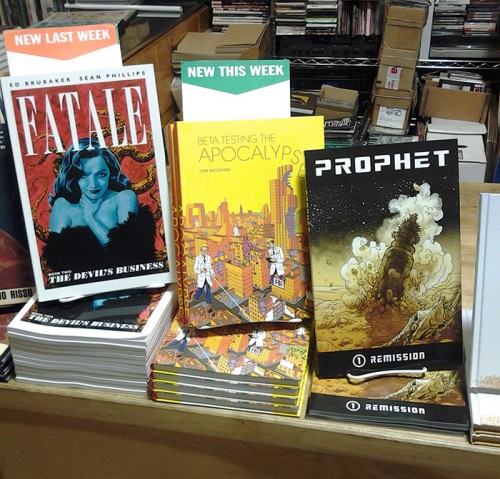 On Saturday (Oct. 24th) John Porcellino arrived in Minneapolis to promote his new King Cat collection, Map of My Heart. He rode in on a weird wind charged with spectral energies. The evening started out at Big Brain Comics, where John Porcellino & Zak Sally held a joint signing. Perhaps the ectoplasmic currents were stirred by the eerie juxtaposition of two old friends publishing work from roughly the same time period. Sally’s Like a Dog and Porcellino’s Map of My Heart exhume old material, reopen old wounds and release the ghosts of the past… ghosts which still haunt both authors… ghosts which haunted the small gathering that convened at the West Bank Social Center to see John speak about his life and work.
Zak Sally roused the poltergeist by a spirited reading of an epic letter (penned by Mr. Mike) from John’s book. As if ordained by malicious spirits, the overpowering sound of a brass band emanated from the floor the moment John took the stage to speak. Undeterred he pressed on struggling against the powerful oompa rhythms which permeated the air. I detected a presence in the room… was it the absence of Maisie Kukoc? As he read from the book and illuminated the comics with stories of his health struggles and divorce a change started taking place in the general mood. John no longer labored against the brass cacophony, just the opposite, it became the soundtrack to an exorcism. The painful memories of past struggle transformed via the alchemy of King Cat into a personal lapis philosophorum.
I took only a few pictures. They can be seen in my Flickr stream. Ghosts are difficult enough to capture on film. Are digital pixels a better medium? But the presence of ghosts can be detected by the eerie juxtapositions they leave behind. 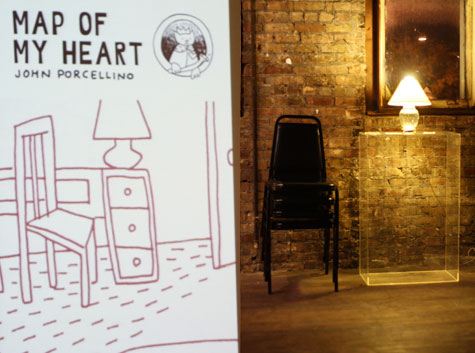 At the end of the event, we learned that the artists who run the West Bank Social Center were about to embark on a ghost finding experiment by constructing a giant cardboard Ouija Board. I think their efforts were successful.