My brief was to do a poster for Highrise Mayhem, a double bill featuring Dredd (2012) and The Raid: Redemption (2011) (coming to the Trylon Jan 18-20)… it turned into a bit more of a Judge Dredd Poster.

I’d never seen The Raid, so I focused on Dredd. I wanted to show off the roots of Judge Dredd by drawing a more comic book version of him. Specifically, I was looking at the Brendan McCarthy version. McCarthy drew the Judge helmet much more flared out on the bottom. It has a bit more impossible look common to most comic book costumes. When they translate to film, they become ‘practical’ and often lose what made them distinctive in the first place.

In the background I just wanted to add some bonkers multistory ‘mayhem.’  It’s no secret I enjoy drawing large architectural scenes when I can find the time.

Anyway, I hope you enjoy looking at this Judge Dredd Poster as much as I enjoyed drawing it. 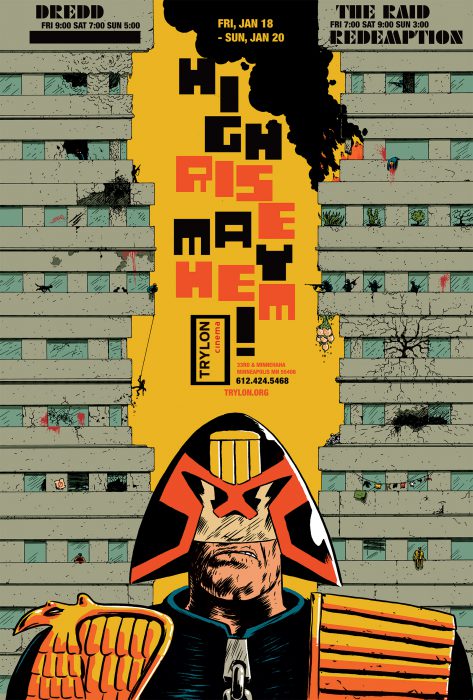 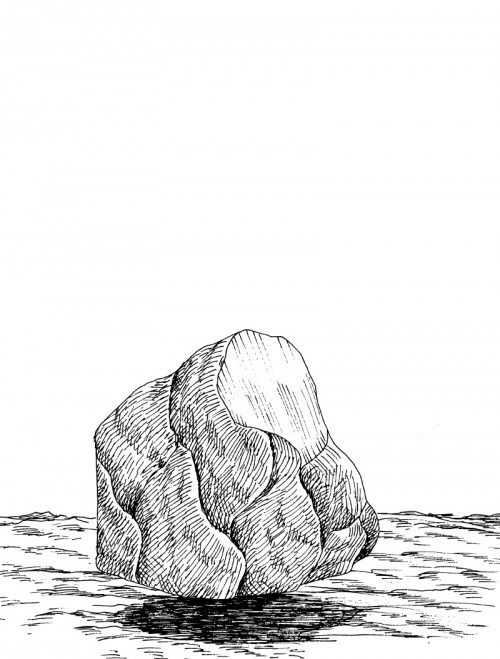 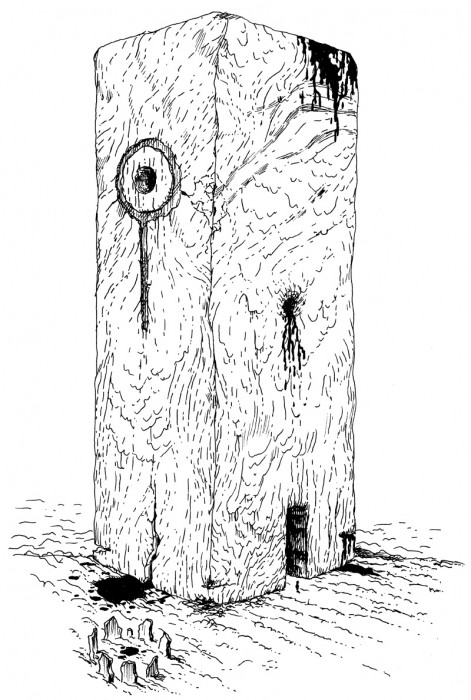 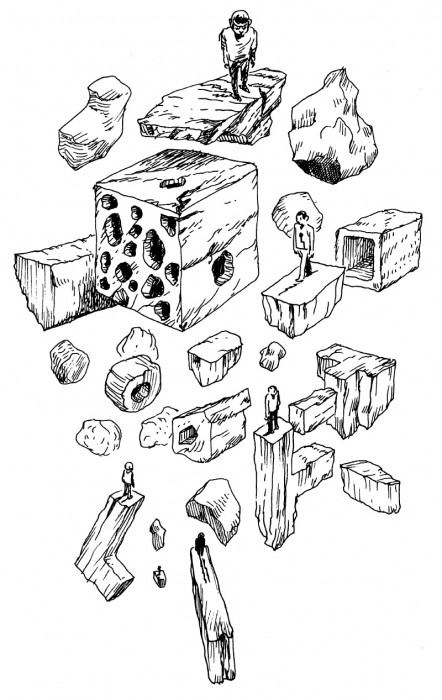 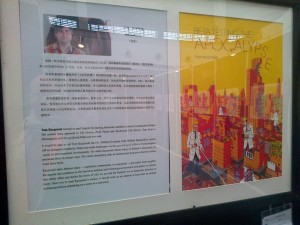 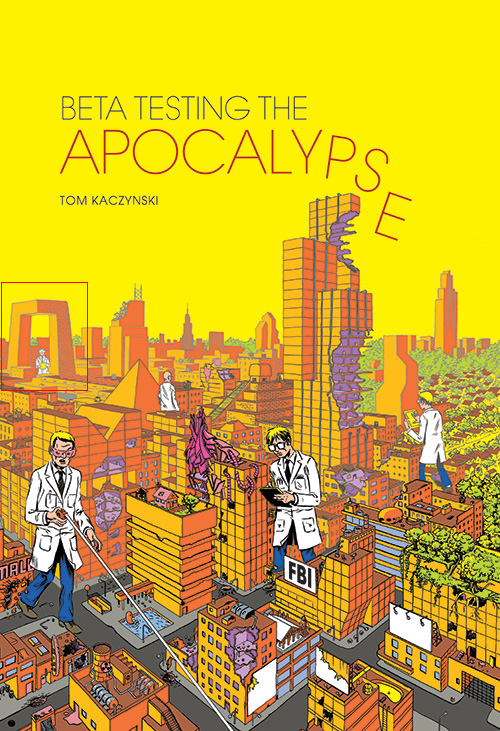 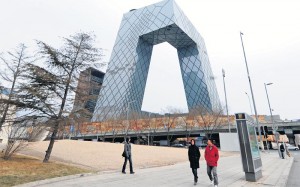 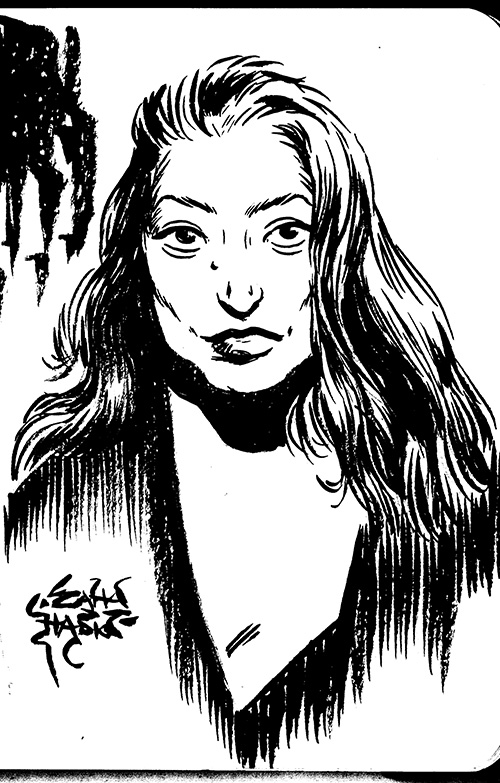 I’m really excited about the Minneapolis Indie eXpo this year. Last year turned out great and this year promises to be even better. There are some amazing guest coming to town for that weekend. Make your plans to attend the show now!

This year I was asked to do the poster for the show. My poster idea was to turn MIX into some a of World’s Fair. Here was an early idea which seemed not grand enough. It got turned into a banner for the site: 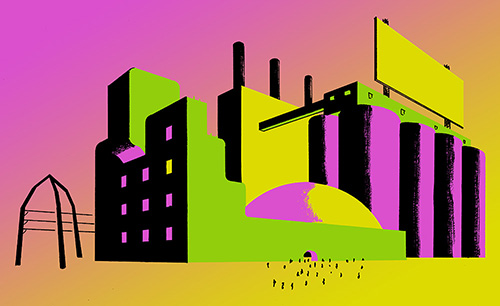 This is the final poster art: 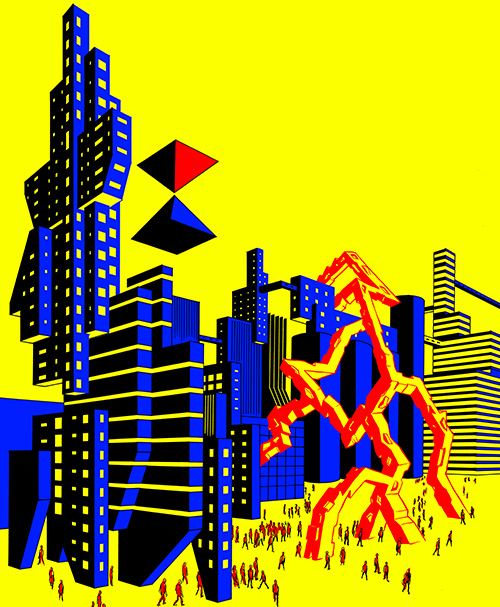 It’s a bit of a mash-up of traditional architectural forms and the kind of work I’ve been doing for my Structures project. 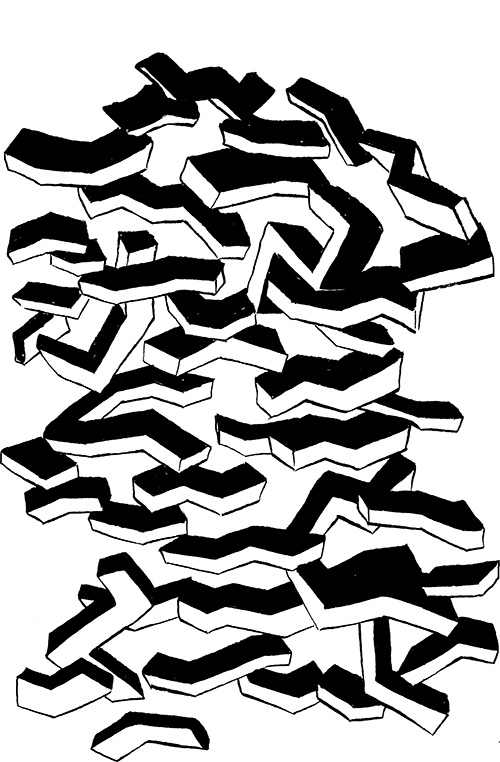 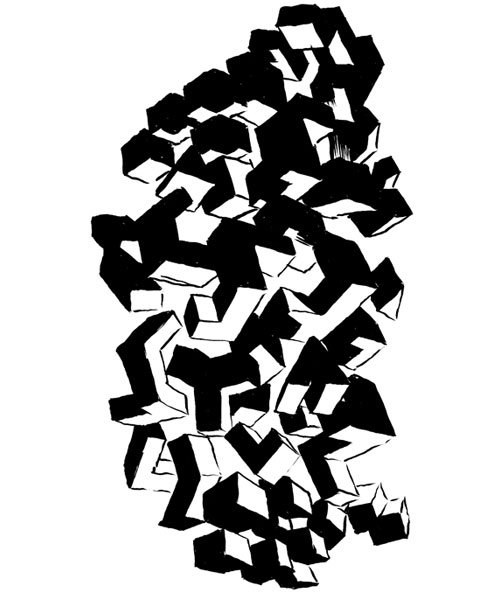 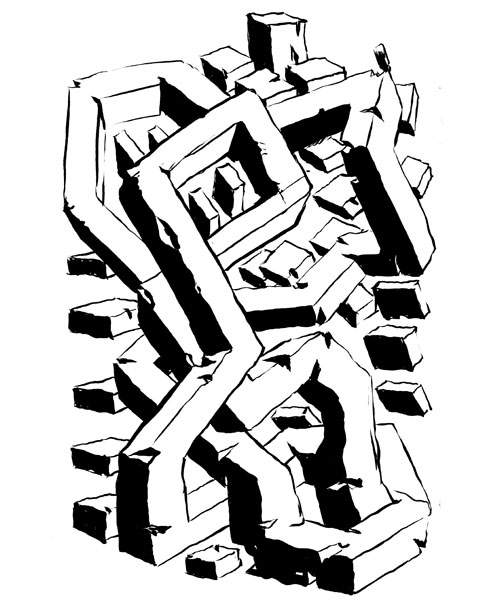