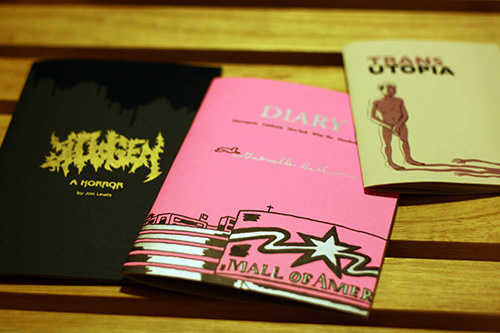 I’ll be at the Brooklyn Comics and Graphics Festival today, so if you’re in New York, stop by! Loads of new mini-comics debuting from my micro-publishing ‘venture’ Uncivilized Books:

Also available for the first time in New York:

THE PETRIFIED CATALOGUE by Dan Wieken

The Petrified Catalogue is a collection of macabre illustrations rendered in obsessive detail. It’s an imaginary bestiary depicting the remains of creatures excavated from remote prehistory and the depths of the unconscious.

All of the above will be available on the Uncivilized Books site a few days after the show.