Lightning Bolt played at the Triple Rock. Seawhores opened. Knife World was also there and they were actually the band I drew along with Lightning Bolt. It was confusing… but, it was good. Here are some drawing from the show: 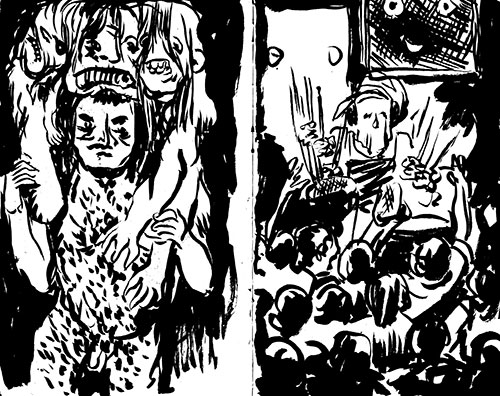 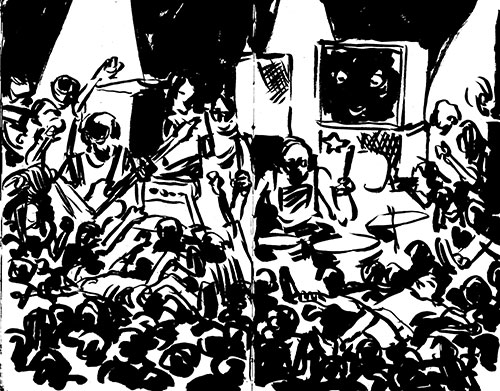 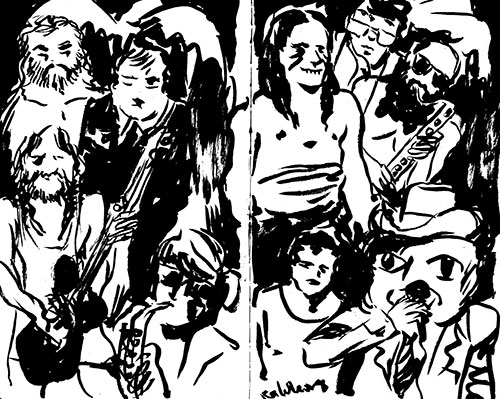 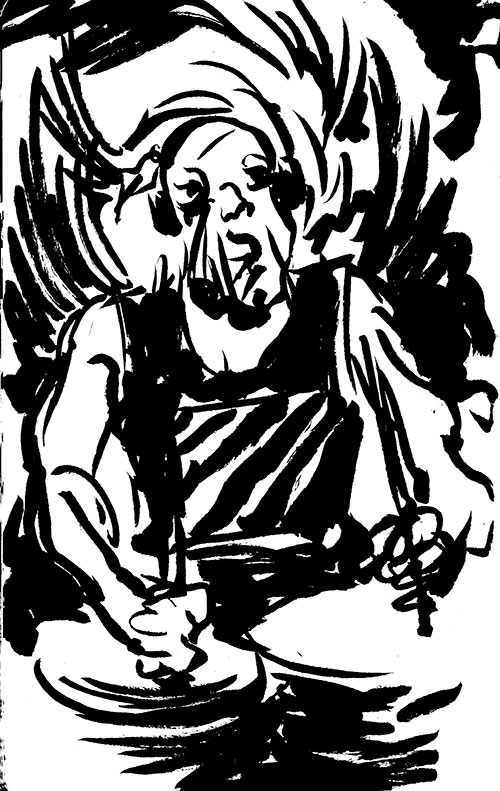