On Saturday night at Bedlam Theatre several laptop musicians took the stage and lit up the crowd with abstract visuals, spooky experimental soundscapes, and some good old fashioned techno. Electronic music has taken a back seat to a series of revivals and re-inventions (80’s psychedelic freak folk metal, etc.) over the last decade or so‚Ä¶ at least in the US. In Europe the two headliners, Pole and Umfeld, continue to play to huge audiences. Courtesy of the annual Spark Festival, Minneapolis got a little glimpse of what’s been happening in electronic music. I didn’t get to see any of the other Spark events, but what I heard on Saturday failed to make a huge impression. It was fun and well executed, but it failed to break new ground. The sounds were a little different, the processors faster, the visuals more sophisticated, the resolution higher, but there could be no doubt that the night had a distinctly late ’90s vibe. The event did leave a warm nostalgic glow behind‚Ä¶ which is enough for me to want more‚Ä¶ I just wish someone would bring Felix Kubin to town!
Here are a few drawings from the event executed under the faint glow of laptop screens‚Ä¶ I didn’t do a drawing of Alex Rae‚Ä¶ mainly because he started his set well before the announced starting time, and in the manner of self-effacing laptop musicians, he failed to notify anyone that he was in fact playing… And it was a pretty good too once you realized what was happening. Click on the images to enlarge them. 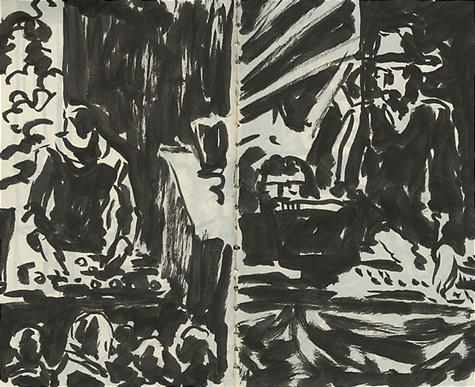 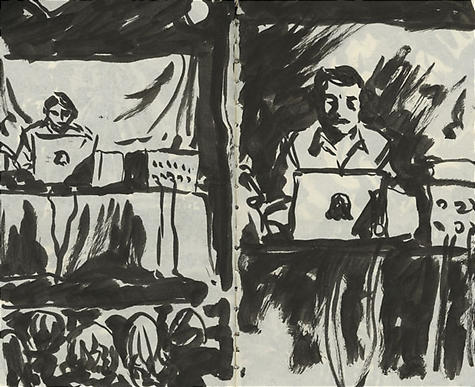 I really liked the set by locally based Cepia… too bad it lasted less than 20 minutes! 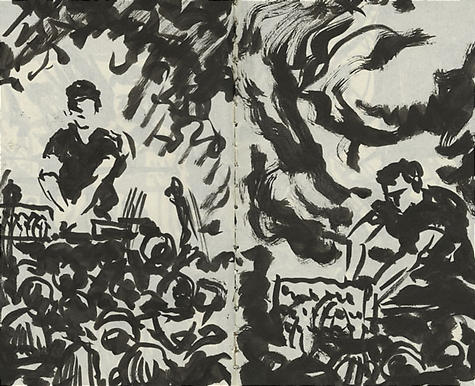 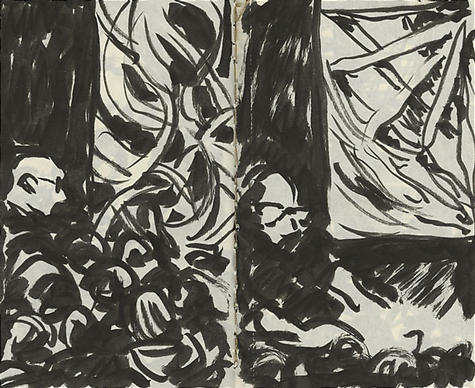 Umfeld created some stunning visuals to accompany the music… or was it the other way around? Check out their DVD. It’s a free download! 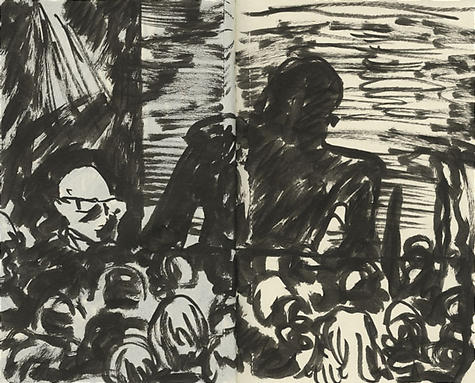 4 Replies to “Umfeld, Pole and Others at Bedlam”