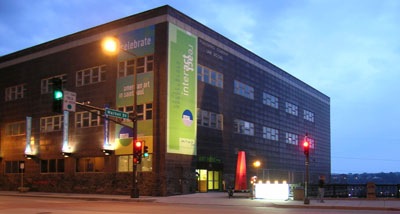 From the MMAA:
The Minnesota Museum of American Art is proud to announce the opening of its fall exhibition, Hot Ink: Comic Art in Minnesota on September 28, 2008.
The MMAA will host an opening party on October 3, 2008. The party will open up for MMAA members only at 7pm and open for the general public at 8pm. DJ Justin Olson will spin a live set and complimentary refreshments will be provided.
Admission for this event will be $10 for the general public and $5 for students and MMAA members.
Here’s a list of artists included in the show:
Kevin Cannon
Zander Cannon
Will Dinski
Tom Kaczynski (that’s me!)
Reynold Kissling
Lars Martinson
King Mini
Tyler Page
Evan G. Palmer
Brittney Sabo
Zak Sally
Barbara Schulz
Tim Sievert
Andy Singer
Tom Spence
Steven Stwalley
A bunch of my originals will be on display along with other artifacts and sketchbooks. I’ll be at the event tonight so stop by and say hello.