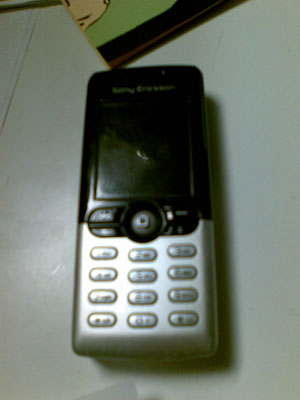 Here’s another event I failed to write about after it was over: TCAF. Hard to believe it’s been almost a year…! I was excited to visit Toronto, the city of Seth, Chester Brown & Joe Matt! Sadly, I missed their appearance together. Still the show and the city were amazing… and as usual I managed to take very few pictures at the actual show. Instead, during brief moments away from the table, I filled the camera with images of unbuilt luxury condos, monumental residential building and deconstructed museum sharkitecture. You know… the usual stuff. All this was just blocks from the show! Someday, I would like to go back and see the rest of the city. 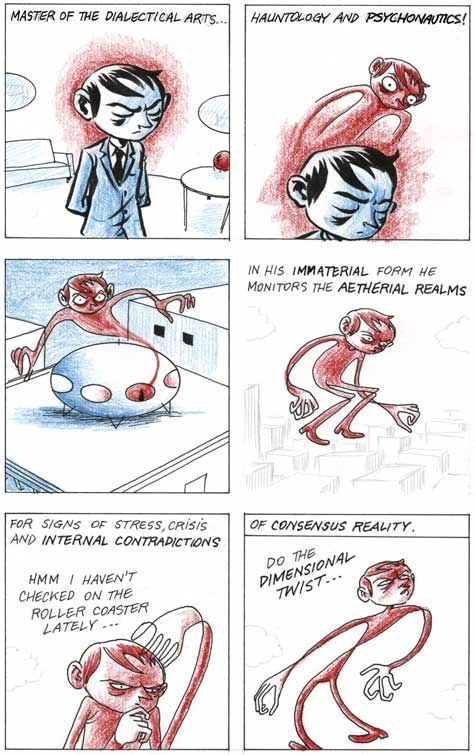 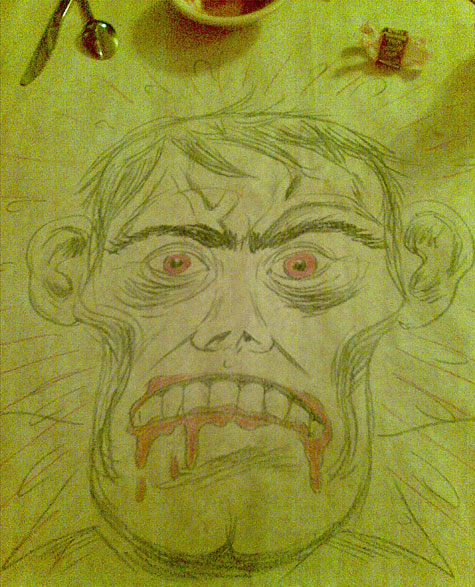 I’ve already explained what Little Tijuana is all about over here. The picture above is pretty terrible. My new cellphone doesn’t do so well in low light conditions. I must’ve been hungry when I drew that. Stumptown is at this point gone from most people’s minds… but I just uploaded all these pictures I took while attending the show to Flickr… only I neglected to take pictures of the Stumptown Comics Festival itself so instead you get bunch of pictures of the Willamette river front, the Red Lion Hotel and the Stumptown after-party held at the excellent Pony Club gallery. 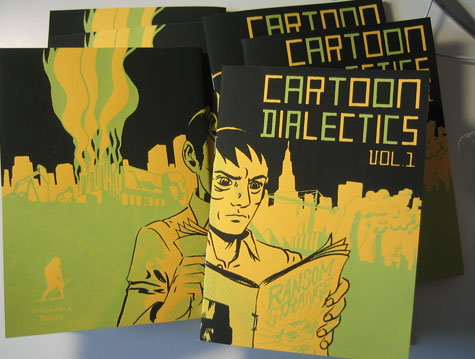 I’ve finally had a chance to put together a new edition of Cartoon Dialectics Vol 1. This new edition debuted at Stumptown a few weeks ago, but I didn’t manage to make enough copies to offer online… until now. The cover is brand new and was silkscreened by the talented Squad 19. This is a good time to mention a not-full-on review of the book that appeared quite some time ago on the excellent ComicsComics site. I don’t think I’ve linked it before, now I have. Get your copy here. 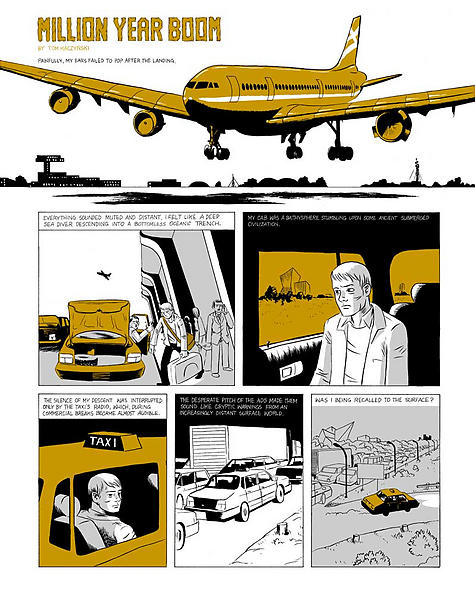 I suppose I should update this blog… It’s been a while!

I already wrote a little bit about this here, but this time the new issue of Mome is actually on the stands. My contribution is a 12 page story called “Million Year Boom.” Check out page 1 above.

A few reviews have appeared already: Sequart (as part of a monster of a review of Momes 6-11), Jog, ADD, Copacetic (scroll all the way down), and ComicMix. Get a copy at your local comic-book store, or direct from Fantagraphics.