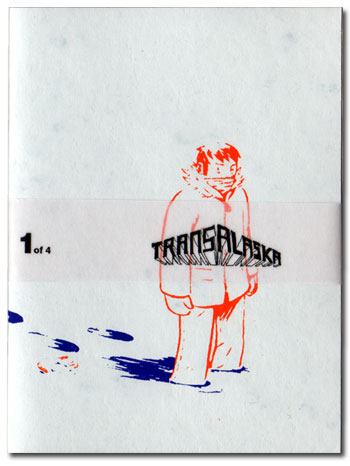 As I started to compile my notes on Trans-Siberia, I realized there was still a couple of things left unsaid about Trans-Alaksa. If you haven’t read the first batch of Trans-Alaska notes, you can catch up here.
Trans-Alaska was a very formless book. It was done without preparation and ‘straight to ink’, without any pencilled art. It’s title was a kind of last minute tribute to a series of dreams about Alaska that I had in the mid 90s. Those dreams inspired an attempt at a 24 hour comic. Instead of producing a 24 page comic in 24 hours, I made a 10 page comic in 6 hours.
That comic saw ‘publication’ in my last (semi) regular mini-comic Reduction #7. The story, titled ‘Slow’, was quickly forgotten. Recently, I re-read the story and I realized that ‘Slow’ was in effect the blueprint for the entire Trans series! 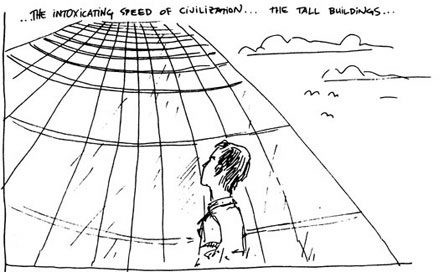 panel from Slow
For those of you interested, I’m posting the entire story here. Also, for those of you that still care about physical objects, a limited number of copies of Reduction #7 are available from me at robot26.com. It’s pretty embarassing stuff so don’t laugh! 😉
It’s pretty clear that a most of the ideas in the Trans books were already in ‘Slow,’ though in a very unformed fashion. It’s definitely stuff I was thinking about back then, but for one reason or another (working to pay the rent) I put that stuff on the back burner. Even some of the visuals are very similar. I guess I’m just a cheap copy of myself! 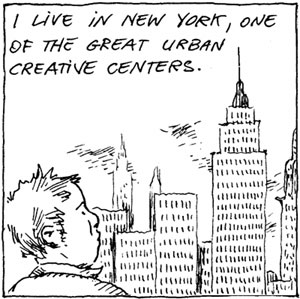